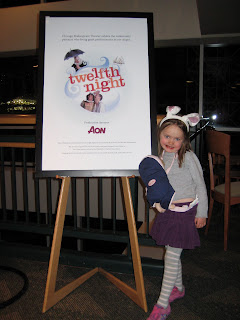 Ada is the coolest kid because she has a friend with a theater. And boy, I like being that friend! And I think the last line was my favorite!